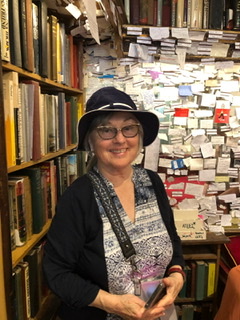 Take a look at Napoleon Bonaparte’s dining habits if you are interested in the history of French food. He would fit right in with the American way of eating at fast food restaurants and cheeseburgers. See why.

Americans love to eat and celebrate with food, so much that every day of the year is a national day for some type of food. For example, September 18th is National Cheeseburger Day. Perhaps, Napoleon would have enjoyed American cheeseburgers and fries.

The Elizabeth Pye blog writings are predominantly inspired by an affinity for French history. Check out the following information about Napoleon’s dining habits to learn more.

This study will, perhaps, show whether or not Napoleon would fit in with the  American style of eating fast foods like a cheeseburger, for example.

Various reports by his chefs and other sources give us a good idea of what Napoleon liked to eat. Research on the following three questions shed light on the subject.

You’ll enjoy reading more from Shannon’s website if you are a French history fan. Order her book, Napoleon in America, by going to shannonselin.com/my-book/napoleon-in-america.

What chicken dish is named after a battle in the Napoleonic wars?

Go read the article “Napoleon Food Facts: Dining with Napoleon Bonaparte” that describes Napoleon Bonaparte’s dining habits. The description, “he ate quickly …helped himself with his hands,” sounds about like someone eating at a fast food American restaurant. He… “liked to soak his bread on the plate…and suffered from gastritis”

Napoleon would fit right in with American fine dining because he loved bread, herb seasoning, and extra virgin olive oil. Who doesn’t love dipping bread in a plate of olive oil and herbs?

Though olive oil is considered by some to be the best fat for maintaining a healthy weight, Bonaparte probably wasn’t concerned about weight loss. Furthermore, the extra calories of the rich oil and bread may not have concerned him like someone on a health journey today.

Here is a list of Napoleon’s dining habits, and it compares closely to that of the American way of eating. The food facts study revealed from documented sources how he:

Though the list appears to portray eating habits of an individual who lives to eat, that possibly wasn’t the case. For instance, Nina Martyris describes Napoleon in a food history and culture article as an indifferent eater who ate only when hungry.

In addition, he experienced hunger pangs. So, it’s evident that he refrained from eating until he was hungry (not so much American).

People from France favor the baguette, a bread with a history that possibly dates back to the French Revolution. A law was passed after the Revolution in 1793 that required bread to only be made one way. This is stated in the article History of the Baguette: Legends, Laws, and Lengthy Loaves.

“Richness and poverty must both disappear from the government of equality.
It will no longer make a bread of wheat for the rich and a bread of bran for the
poor.  All bakers will be held, under the penalty of imprisonment, to make only
one type of bread: The Bread of Equality.”

Napoleon, being rich and of nobility, could choose whatever bread he wanted. Also, “a bread of wheat for the rich” shows the likeliness that he ate wheat baguettes.

Would Napoleon Bonaparte’s Dining Habits Include a Cheeseburger Today?

To sum up Napoleon menu food, it’s apparent from historical accounts that he liked to eat, and he ate fast. Therefore, it could be assumed that Napoleon would have loved cheeseburgers. After all, he liked all the things that go with a cheeseburger such as these ingredients:

And perhaps a Napoleon-favored burger would include one with onion bread:

Since Napoleon liked the ingredients listed above, he probably would have liked eating a cheeseburger had he lived in America. However, due to his health, a big fat cheeseburger in one sitting would have been too much for his gastritis.

Now that the discovery has been made that it is possible Napoleon would eat a cheeseburger if he lived in America today, here is a Napoleon Cheeseburger recipe:

Napoleon liked Roquefort cheese. Try out this Napoleon Cheeseburger at https://kitchenhospitality.com if you like Roquefort (blue cheese) on your burgers.

Check out Elizabeth Pye’s article on how to write WWII historical fiction.