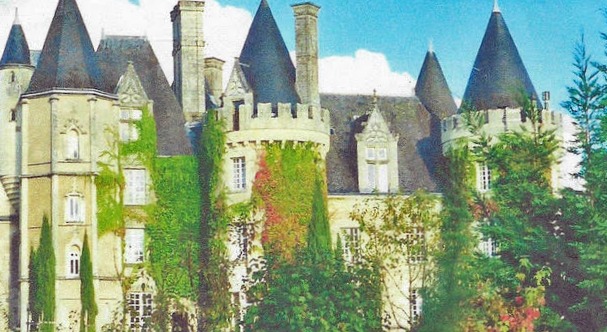 Silk or Sugar is the first historical fiction novel by Elizabeth, and publication of the sequel is expected in November 2017. Elizabeth Pye is a member of California Writers Club, High Desert branch.

The interview has been published in several segments as a series of videos. Beginning May 1, 2017, you may view the next video in her interview series here on epye.com.

Elizabeth: I’ve always loved history. I grew up in historic Virginia, that really colonial Virginia. When I would go into Fredericksburg, I would pass James Monroe’s law office, the old apothecary shop, and so many interesting places.

When I was in high school, I first became interested in writing. But it wasn’t fiction. It was journalism. I was editor of the school paper. Then as I started working, I had several newsletters and things like that I edited. When I wrote anything myself, it was more like short stories or articles about true things. Not fiction. Fiction came much later in life.

“What really prompted me to write historical fiction”

And I’m going to share with you what really prompted me to write historical fiction. That was, I had a past life regression. I actually went somewhere and had lots of visions like a movie, really, about a woman named Marie in the 1700s in France.

My husband and I talked about that. Then he said, “Well, why don’t you write a novel about it?”

I thought, Boy, he always tries to push me beyond my limit. I said to myself (I don’t know if I said it out loud to him), “No, I don’t write novels.” But he didn’t let me forget it.

I became very interested in France in that historical period. I read memoirs and books, and I was trying to validate some of the things that I had seen in this regression that I had. I then took a course at Gotham Writing School to write romance novels. It’s in New York City…. I took the online course. I met some really interesting people there and started writing Return to Chateau Fleury. Now that’s my second novel that’s going to be out in November of this year. It’s a complex novel because I’m writing about two lifetimes – a current lifetime and also one in the 1700s, about Marie’s life basically.

So I really didn’t feel I had the skills to put it together properly, and I set it aside and did Silk or Sugar, a follow-up novel on their daughter, on Marie’s daughter who was caught in the horrors of the French Revolution.

Now I’m confessing that I had a past life regression that I’ve never really talked about. But I think it’s important because that is going to be the main thrust of this novel, the two lives and trying to reconcile them because Claire, who is the heroine, is also experiencing flashbacks to her previous life. Then she eventually has past life regressions and is trying to get to the bottom of what’s going on in her life.

Now she is a descendant of Marie de Fleury. She has family heirlooms, a locket, and a diary. So that factors into the Return to Chateau de Fleury as well.

So basically, I didn’t start out thinking I was going to write historical novels. Nor did I plan to. But eventually, I did, and I’m enjoying it very much now.

Angie: So would you say that writing historical fiction, for you, is really learning more about yourself?

Elizabeth: I think so as well as combined fascination with France and the life that I have found that people had there. I like reading different memoirs that were written by various people that lived there at that time.

And the other interesting thing is, although I grew up in Virginia around all the American historical places and things and my mother loved Colonial furniture and all that, I always loved things French. I wanted to learn to speak French, and there were no French people in my community at all. Louis XV style always appealed to me. I didn’t know why, but I knew what I liked. I think, too, that is another reason that I wanted to write French stories.

What I’m writing now is part of my French Connection series. And so I love doing the research on each of the specific periods such as Napoleon Bonaparte and Josephine. That’s been a lot of fun and interesting for me to do the research on their lives because I didn’t know anything about them, and I’ve learned a lot.

Angie: That’s the neat thing about research. You learn so much.

Elizabeth: That’s what I enjoy. In future writings, I do want to write about my surroundings in Virginia. I was born in a brick plantation house. I moved away, or my family did and took me with them, so I really don’t really remember anything much. But I have been back to that house, seen it, and visited the room I was born in on the third floor…. I miss the architecture of back east.

Article was written by and interview conducted by Angie Horn,

This site uses Akismet to reduce spam. Learn how your comment data is processed.